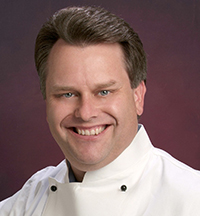 “Doug is a talented chef with a proven track record of successful products in both the foodservice and retail channels. ” said Dan Purdy, Vice President of Freshway Foods. “His leadership will be key to our innovation efforts.”

Prior to joining Freshway Foods, Bond served as Executive Chef with Papa John’s International, and as Director of Culinary Operations for Chili’s Grill and Bar, a division of Brinker Corporation. He holds an Associate of Occupational Studies degree in Culinary Arts from the Culinary Institute of America and a degree in Music Education from Howard Payne University. Doug is a member of the Research Chef’s Association.