On October 12, 1867, Matthew Martin Gilardi was born in Termini, Sicily to parents Anthony and Josephine Gilardi. Matthew served in the Italian marines for two and a half years, and the Italian Royal Cadets for eighteen months. Following an honorable discharge, Matthew came to America with his half-brother, August Palmisano. The brothers entered through Ellis Island on November 2, 1895. Matthew was 28 years old at the time. Both he and his brother eventually became well-known residents of Sidney, Ohio.

Matthew and August made their way from New York to Cincinnati, where they met fellow Italians, who encouraged them to go north to Dayton. From Dayton they were sent to Piqua. An Italian family in the fruit business in Piqua told the pair that as of yet there was not a fruit market in Sidney.

After arriving in Sidney, Matthew and August established a fruit business in the basement of a building at the corner of Ohio and Court streets in downtown Sidney, Ohio. Matthew could be seen carrying a huge basket of fruit on his shoulders, selling to the people of Sidney. A few months after the business was formed, he invested in a horse and wagon, which enabled him to sell in New Bremen and other surrounding towns. 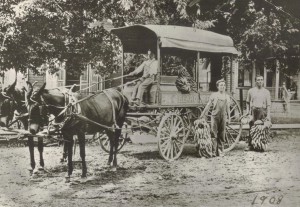 In 1896, Matthew “Marty” Gilardi married 17 year old Antoinette Giardina, and Italian immigrant from St. Louis. When Antoinette was expecting their first child, Anthony, she wanted to return to St. Louis, so Matthew took her back to her family, and they remained in St. Louis for 10 years.

Matthew had established a fruit business in St. Louis and was raising his family. Then an incident occurred that made it advantageous to return to Sidney. At that time, there was a group that called themselves the “Black Hands,” now known as the mafia, that asked business owners to pay protection money. Matthew refused to pay, and in retaliation, the Black Hands blew up the porch on the Gilardi’s home. Matthew gathered his wife and children, boarded a train and left St. Louis for good. 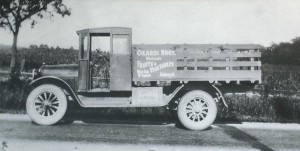 After returning to Sidney, Matthew went into the fruit business once again. One incident in the early years of the business occurred while selling fruit from the wagon in New Bremen. On the wagon was a load of ripe bananas. He was standing on a corner near the drug store when the marshal of the town came to him and told him that he must leave. Matthew, who was just learning English, insisted the marshal have a banana. The people of New Bremen had never seen such a fruit and thought that the fruit may actually be poisonous. To prove that it was not, Matthew popped several pieces of banana into his mouth. Finally, the marshal decided to give the banana a try. The marshal remarked that although he didn’t know what they were, they sure were good. After that, banana sales in New Bremen started to roll!

Matthew, along with his children, worked to prosper in Sidney. Anthony “Tony” Gilardi, the oldest of the ten children, loved living in Sidney. He was quoted as saying, “I fell in love with Sidney the minute I saw it and I’m still in love with it.” The Gilardi children went to school, but also sold papers and set up bowling pins to earn money, which they gave to their mother. 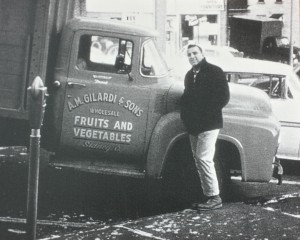 Tony worked selling newspapers for the Sidney Daily News, as well as the now-defunct Sidney Journal. Around 1910,when he was 13 years old, Tony had to quit school to go to work at Wagner Manufacturing Company. He was making nine dollars a week, as much as a married man in those days. His gave his mother his paycheck, and she gave back 15 cents of it for a show and ice cream. The family was poor, but never starved for anything. When Tony was older, he worked for Monarch Machine.

Tony served a stint in the U.S. Army, from which he was honorably discharged. Upon returning to Sidney, he met and married Francis Gentile. The couple met through the family business; Frank Gentile, Francis’s father, ran a produce market in Dayton, Ohio. Tony and Francis were married on June 20, 1923 at the Holy Trinity Catholic Church in Dayton, Ohio. Tony and Francis went on to become parents to four children: two girls and two boys. 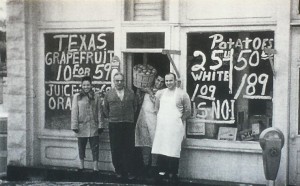 With the help of his brothers, Tony opened a produce business. Unfortunately, this business went broke during the Great Depression.

Tony and his wife were able to re-establish the business in a room behind the Spot restaurant, a Sidney landmark. Their children would stop in for lunch while the couple worked away. Later, sons Matt and Frank became part of the A.M. Gilardi and Sons Wholesale Fruits and Vegetables business. The family later moved the business to East Court Street in Sidney. 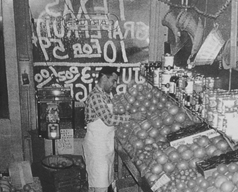 In the 1960’s, a new store was built adjacent to the old store, which was converted into a restaurant. The business was successful. Matt ran the restaurant and fruit store, and Frank managed the wholesale end of the business. Matt and Frank would drive to Michigan and Cincinnati to buy fruits and vegetables.

After years of operating the produce and restaurant businesses jointly, Matt Gilardi Sr. and Frank Gilardi Sr. separated the businesses in the late 1970’s.

Frank Sr.’s sons, Frank Gilardi Jr. and Phil Gilardi, began working for their father, making pizzas and preparing wholesale salad orders when they were still in grade school. Frank Jr. also worked in the downtown produce retail store. The brothers learned the produce business from watching their father and grandfather. They learned the importance of providing value to customers, and of doing business in an honest, ethical manner through the example that Frank Sr. and Tony Gilardi displayed in business every day.

In 1988, Frank Gilardi Jr. and Phil Gilardi developed a business plan for a new produce business. They purchased the assets of their father’s wholesale business, and began Freshway Foods with a truck and five orders for vegetables processed for delivery. In the early days of the business, they worked out of a small, 7,000 square foot processing facility. Frank was both the salesman and the delivery driver. Phil led the processing team and packed orders for shipment.

By 1992, the business had expanded to the point where it had outgrown the current processing facility, and a new building was constructed. A second facility was added in 1996. 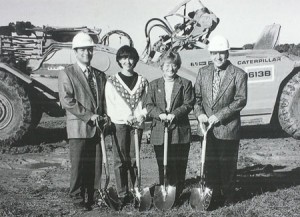 00, Frank and Phil broke ground on the company’s current facility, which today consists of over 100,000 square feet of state-of-the-art refrigerated processing and distribution space.

As the business continued to grow, the Gilardi’s recognized the nee

d for their own transportation and logistics company that could offer reliable, on-time service, thus Freshway Logistics was born. Today, their fleet consists of over 50 energy efficient trucks. 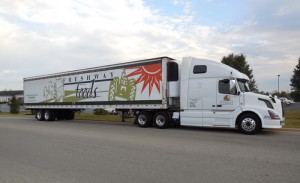 From humble beginnings, Freshway has grown to become a reputable, innovative supplier of fresh-cut processing, repacking, transportation and logistics to leading foodservice and retail companies in the eastern half of the United States. With over 400 dedicated associates, we are also one of the largest employers in the Sidney/Shelby County, Ohio area. Today Freshway offers more than just fresh-cut produce; from our retail salad kits to fresh snacks for school children, the company continues to expand its breadth of healthy, delicious products. 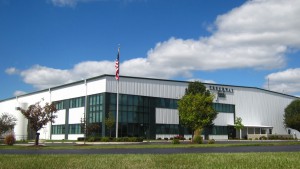 When Matthew Gilardi arrived in America in 1895 and began selling fruits from a huge basket on his shoulder, he could not have foreseen that he was building a legacy that would go on to feed over one million people every day!